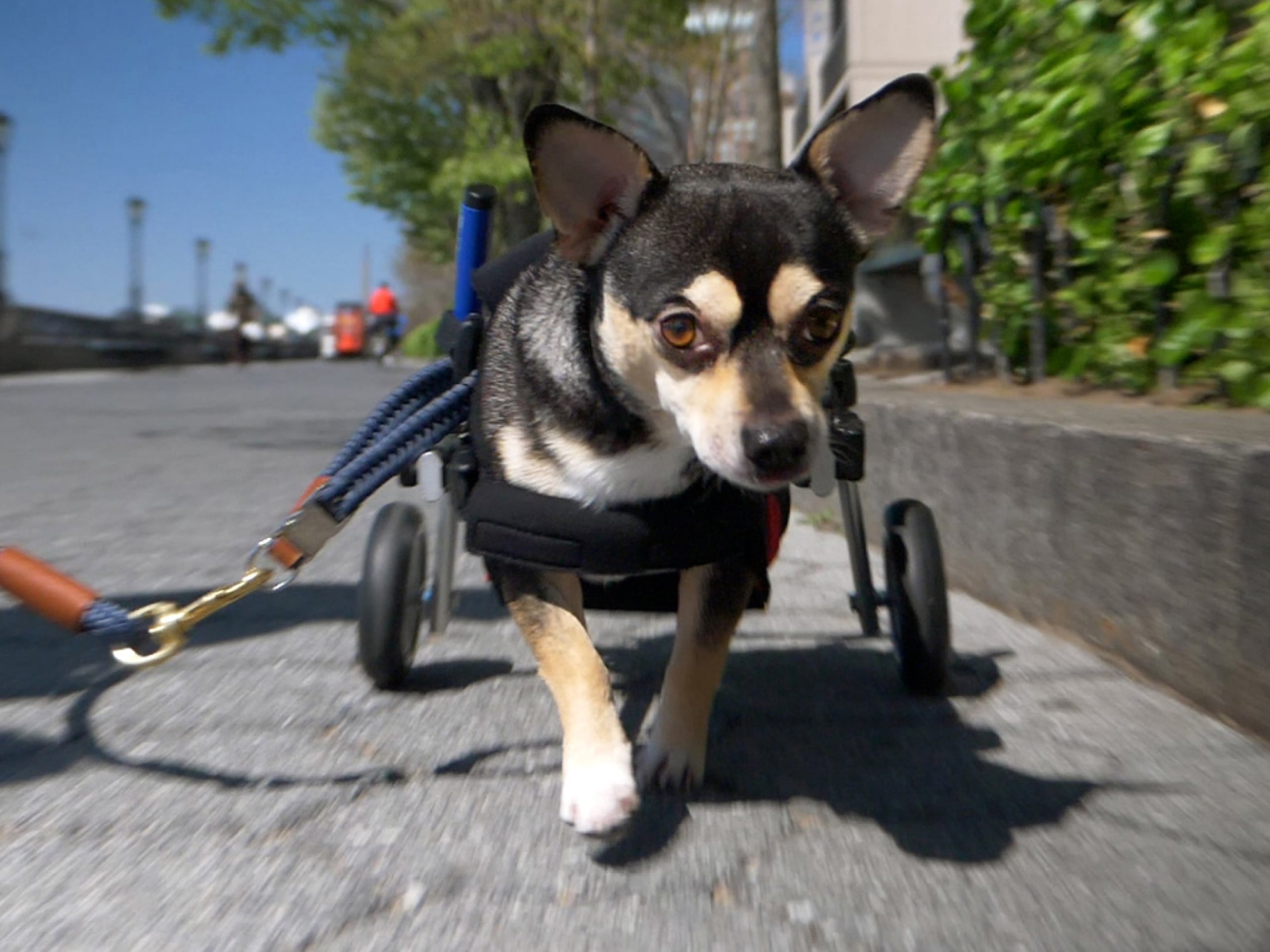 Reuben, a Chihuahua mix, is called a “little gentleman” by his parents, Jonathan and Shahar, because of his positive demeanor and small build. “He loves everyone and is friendly to people and other dogs,” Jonathan said. “He just wants to play with anyone who looks at him.”

Four-year-old Reuben, who was relocated to Animal League America from a kill shelter in Georgia, was the perfect match for Jonathan and Shahar. When the couple visited the shelter, they didn’t expect to bring home a pet the same day. But, Reuben instantly took to them by snuggling into their laps — the trio became an instant family.

On the train ride from the shelter to Reuben’s now home of New York City, his parents watched as he took in the new, unfamiliar world. “The city wasn't overwhelming for him,” Jonathan said. “He is just a curious little guy and very patient. He just likes to observe what's going on outside.”

The new family of three immediately brought happiness to each other. “As much as we saved him, he also made us happy and brought a lot of fun things into our lives,” Jonathan said. “He definitely filled the house with more love.”

Jonathan and Shahar had very little information about Reuben’s history, so they signed up for Fetch pet insurance just in case health surprises might come up. “We thought Reuben was healthy, and we didn't think anything could happen,” Shahar said. “But it was nice and relaxing to know that everything is covered. And if we were to have a need, then there are no fine lines.”

Together, the family developed a daily routine. They took several walks, Reuben tended to his family of toy hedgehogs (his favorite) and Jonathan and Shahar taught him commands in Hebrew and English. For a couple of months after Reuben’s adoption, their life was great — but then, everything changed.

One morning, Reuben, who usually crawls into their bed, started whimpering. Although Jonathan and Shahar were concerned, Reuben seemed to be OK throughout the day. But during his lunchtime walk, he started limping. By nighttime, Reuben’s condition had worsened. His back legs were paralyzed, and he collapsed.

Jonathan and Shahar rushed him to the Animal Medical Center in New York and were told that he had Intervertebral Disc Disease (IVDD), an emergency condition where the discs along the backbone are pushed from their normal position. A disc had burst in his spinal cord, and he needed emergency surgery the next day to remove the fragments. “It was very serious, and it needed to be taken care of immediately,” Shahar said. “So luckily, we didn't need to think about [the medical costs] at all. We could just do whatever is needed to make sure he gets the treatment he needs right away.”

The surgery was a success, but Reuben’s prognosis was still unclear. Dogs with his disc disorder sometimes never walk again. “And all of a sudden, he was in the hospital, and [our home] just became quiet, which was very hard,” Shahar said. “We didn't know what to expect. We didn't know what the results would be.”

Finally, they received the exciting news that Reuben could come home — but with a different routine. Instead of playing and walking, he needed to be monitored all day and was put on strict bed rest. Reuben and Shahar ditched their bed to sleep on the carpeted floor with him every night.

When Reuben was strong enough, he started his recovery process. Twice a week, he’d go to hydrotherapy and physical therapy appointments. Reuben received acupuncture, laser therapy, at-home massages and started using a doggy wheelchair. “We love Reuben. We really wanted him to be happy and to be able to walk or just be confident and gain his personality back,” Shahar said. “It was important for us to make sure he gets the best treatment possible.”

And those treatments, although necessary, were expensive. The surgery alone was $7,500, and Fetch paid them back around $5,000. “Ongoing therapy is very expensive. I think, for now, so far, we've gotten about $10,000 back from Fetch, which is really helping us,” Shahar said. “There's no other way we could have done it. It’s nice to have this peace of mind and just not worry about it and be able to give Reuben the treatment he needs without even thinking of the cost.”

Reuben’s recovery is far from over, but his parents’ main priority is making sure that he’s always comfortable, confident and not a “couch potato,” as Jonathan lovingly jokes. And Jonathan and Shahar are deeply invested in his recovery for the long haul. “We haven't had Reuben for a long time, but he brought so many positive things and so much fun and happiness into our lives,” Shahar said. “We couldn't just abandon him. We wanted to make sure he is happy.”

‍Do you have a story about your Fetch pet you want to share? Email us at [email protected]. 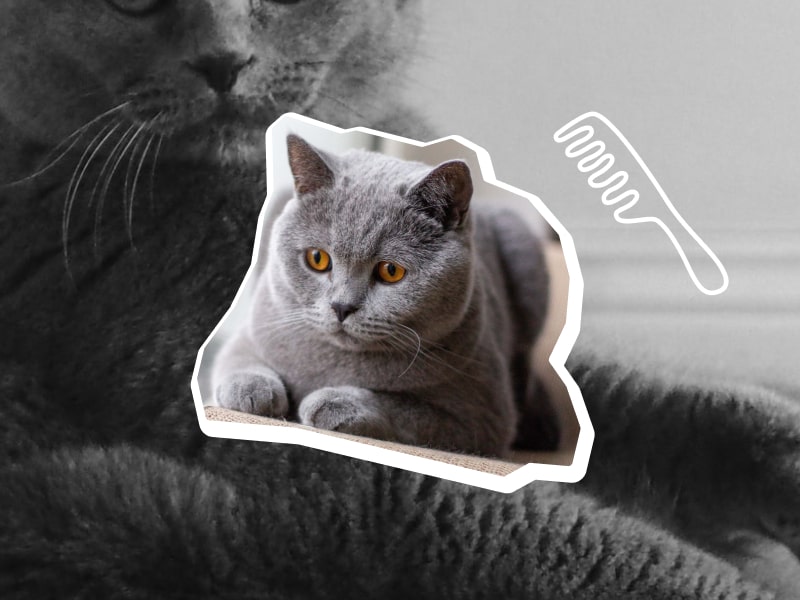 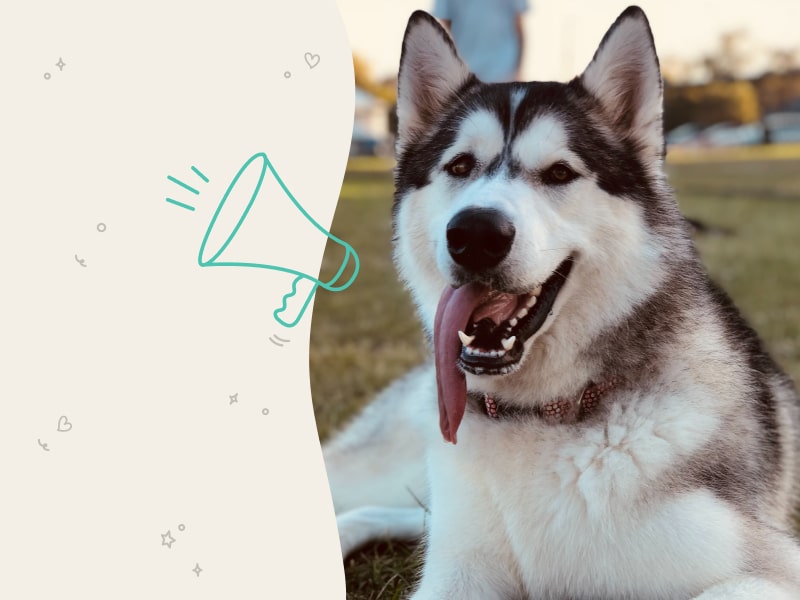 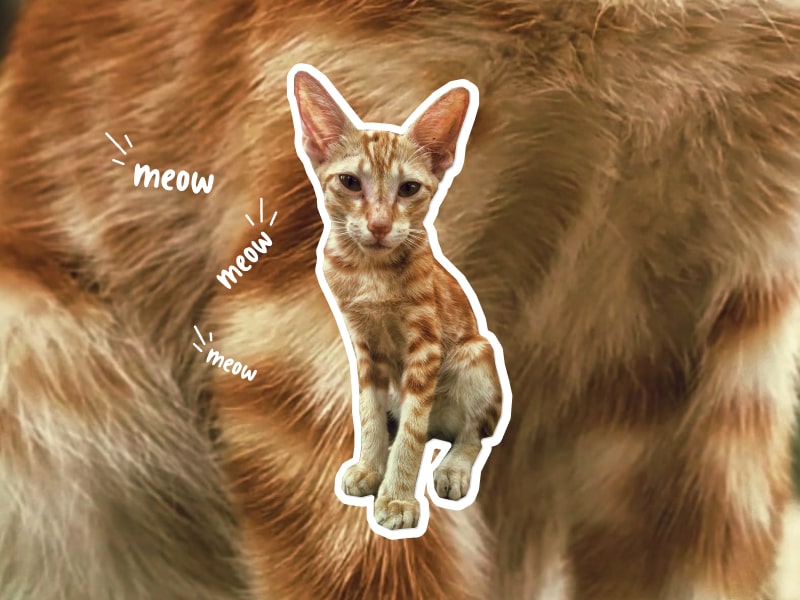