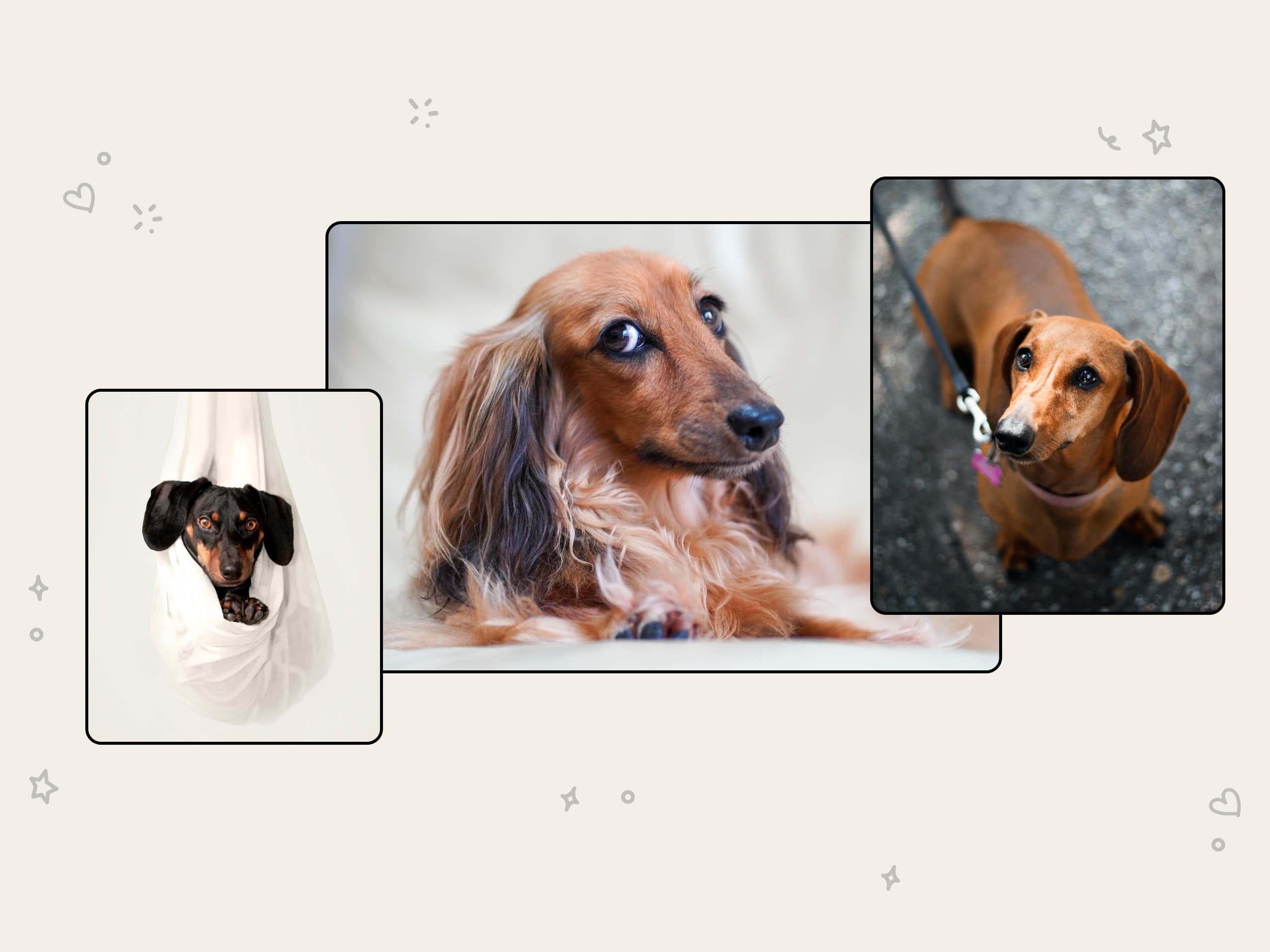 You probably know this breed as the “weiner dog.”

Even if you’re not familiar with the name “dachshund,” chances are you’ve seen (and likely “awwwwwed” over) this short, long “weiner” or “sausage” dog. In fact, they're one of the most easily recognizable dog breeds due to their small stature and long, hot dog-like shape.

But just because this dog breed is small in size doesn’t mean they're small in personality. Before adopting a dachshund or a dachshund mix, learn about their unique traits and strong personalities.

The history of dachshunds

Believe it or not, dachshunds were originally hunting dogs. Dachshunds were badger hunters from Germany, which is where they got their name — “dach” means badger, and “hund” means dog.

“They come in two sizes, miniature and standard,” Dr. Corinne Wigfall, BVM, BVS, BVMedSci, a veterinarian with Spirit Dog Training, says. “The original hunting badger dachshund was the standard size. Smaller sizes were meant to hunt prey such as hares and ferrets.”

Of course, in the United States, you don’t see too many dachshunds out in the fields hunting badgers or rabbits, but Dr. Wigfall says the hunting instinct is alive and well in the dachshund breed, even if its primary purpose these days is that of a family pet.

“The dachshund is more commonly known as the “sausage dog” from the unique characteristics of their bodies — their short stature, long body and strong short legs. Their height is usually under 9 inches,” Dr. Wigfall says. As a dolichocephalic dog breed (aka one with a long head), they also have a sizable muzzle and big, floppy ears.

Aside from the dachshunds’ very specific physical stature, anything goes as far as colors, fur length and texture.

“Their coats can be smooth, short, long or wire-haired,” Dr. Wigfall says. “They can be black, chocolate, gray, red, fawn, brindle or white. They can also be spotted or dappled.”

And their size depends on whether the dachshund is a miniature version or a standard. Either way, dachshunds may range in weight from about 8 to 33 pounds.

Not only are these pups cute in appearance, dachshunds generally have cute personalities, too — this is because they’re intelligent dogs that tend to be courageous. That said, pet parents have to be a little careful — a smart, courageous dog that hasn’t been well-trained can easily get into trouble.

“Their courageousness can mean they may boisterously approach other dogs or strangers,” Dr. Wigfall says. “Given their hunting background, they can be vocal and avid barkers, making them good watchdogs. They also love to dig and can be quite destructive."

This bold, independent nature can make them a challenging dog to train, so it’s important new dachshund parents begin the process right away.

“They benefit from positive reinforcement and reward-based training that’s consistent,” Dr. Wigfall says. “Boredom can be an issue if they’re not exercised appropriately, so don’t be fooled by their small limbs. They still need daily walks and play.”

While dachshunds’ personalities may place them in the slightly more high-maintenance arena of dog companions, if you’re willing to commit the time to training and exercise, they make great pets.

“They make great family dogs as they’re loyal and loving companions,” Dr. Wigfall says. “They can live in harmony with children if they're treated and trained well.”

What are common health issues for dachshunds?

The other thing you need to be well aware of before bringing a dachshund into your home is the breed’s propensity for health problems.

“Their anatomy predisposes them to spinal issues such as intervertebral disc disease,” Dr. Wigfall says. “The discs between their vertebrae in the spine can bulge (or herniate) and compress on the spinal cord. This can result in pain and nerve damage, which could cause a loss of bladder and bowel control and, in severe cases, hind limb paralysis.”

The risk of intervertebral disc disease can be reduced by ensuring dachshunds maintain a healthy weight. They should also be discouraged from jumping on or off furniture, and going up and down stairs.

“Picking them up and holding them correctly is important,” Dr. Wigfall says. “They should be supported properly to keep their spine horizontal and straight.”

And if that seems like a lot to think about, spine problems aren’t the only health issues dachshunds are predisposed to. Dr. Wigfall also mentions patella luxation of the knees and hip dysplasia as common mechanical problems, as well as a genetic eye condition called Progressive Retinal Atrophy (PRA), which can lead to blindness.

This breed can present more common veterinary concerns including ear infections because of their droopy ears, so regular ear cleaning is advised. Miniature breeds, given their smaller mouths, can also suffer from periodontal disease and gingivitis from dental overcrowding, so good dental hygiene, such as brushing their teeth, is important.

“The unique anatomy that makes dachshunds adorable also means they're more delicate than their boisterous nature makes out,” Dr. Wigfall says. “Pet insurance is strongly advised when owning any dog, but especially so in the case of owning a dachshund. Their risk of spinal disease can mean large vet bills if surgery is needed.”

Are you interested in adopting a dachshund, dachshund mix or any pet at all? Check out our shelter partners to find your new best friend. 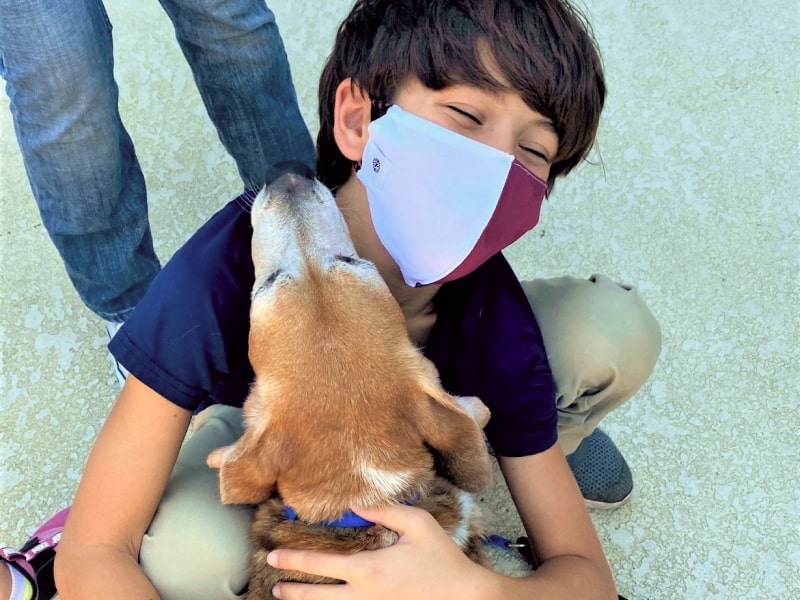 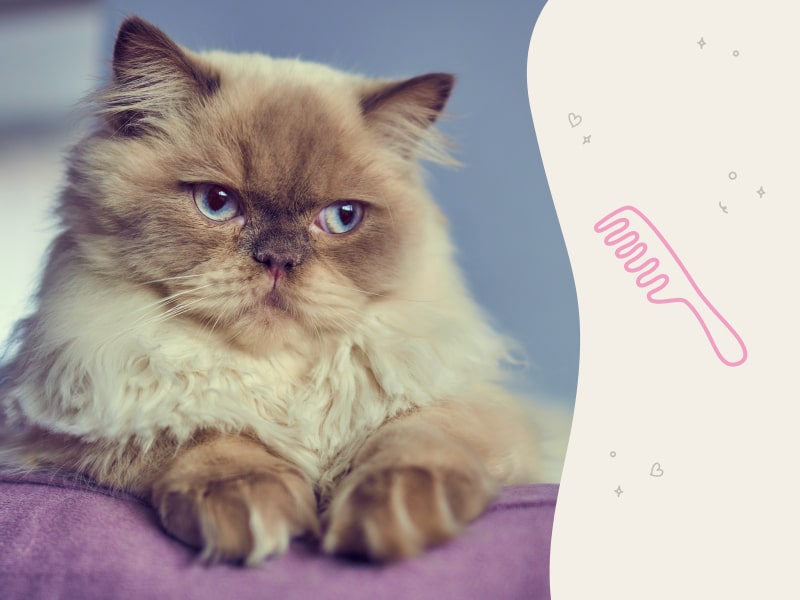