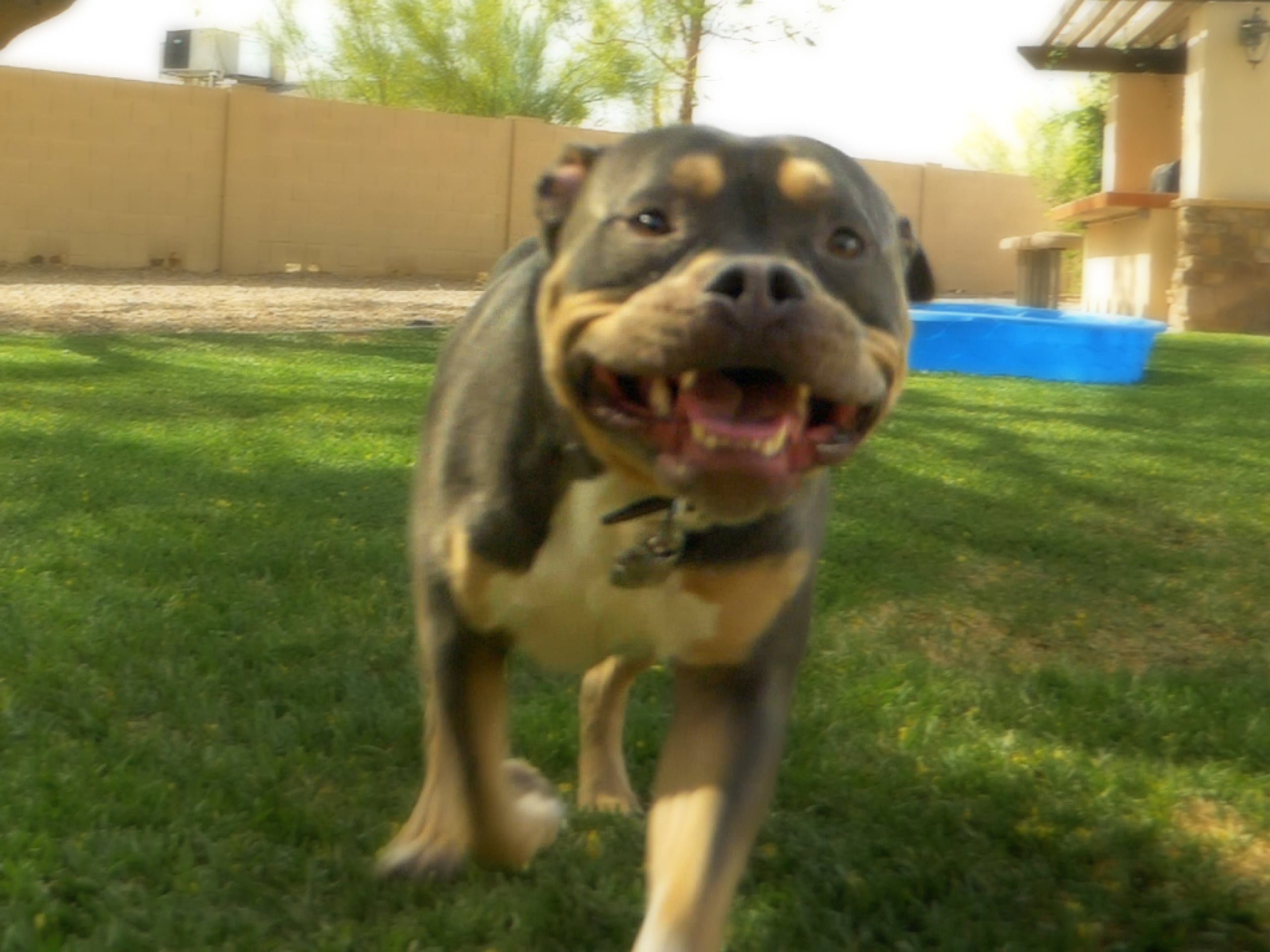 When Waldorf (a pitbull also known as Wally) was adopted, he quickly warmed up to his new siblings: four cats, two tortoises, several freshwater fish and six guinea pigs. He especially took to his cat sister, Waverly.

Andrew and Elizabeth, Wally's parents, joke about how much he loves his sister. "Wally has, at times, a very playful demeanor towards Waverly. But, then, other times, he's very nurturing and caring," Andrew said. "He'll bathe her, lick her, clean her ears. He'll make sure she's all clean, and she tolerates it really well. She ends up being covered in dog slobber."

Wally shows his gentle nature to his tortoise siblings, too, thanks to some practice. "I've trained Wally to take things really gently from my hand. Or we'll share food where I hold it in my mouth, and he'll bite a piece off," Elizabeth said.

The loving energy and spirit of pitbulls drew Andrew and Elizabeth to adopt Wally in the first place. "I've always loved pitbulls, and I've always wanted a pitbull because I've wanted to help fight that stigma," Elizabeth said. "But it wasn't until I had one of my own that I saw how real it was, and I was surprised at how much people actually were scared of them."

Wally proves he's a happy-go-lucky, gentle giant to everyone he meets — whether it's through socializing in stores or while camping in the Grand Canyon. However, when Wally's playing with his toys (aka anything that looks chewable) or running around, he can get carried away with excitement. And, after an extremely playful day at doggy daycare, he started limping.

But, a couple of days before the surgery, Wally's normally upbeat personality completely shifted. "He was acting kind of weird, not really wanting his food and just acting dumpy," Elizabeth said. Something was amiss, so she took him to the emergency room. The couple soon discovered that Wally had eaten part of his bed. He was scoped, meaning they use a claw-like machine to pull out the stuffing, and, luckily, he could still have his knee surgery.

With medical fees piling up, Elizabeth and Andrew were relieved their veterinary school colleagues had recommended they get Fetch by The Dodo pet insurance several years ago. "Being students, you know, we weren't working, we were in school. So, we didn't really have any disposable income." Elizabeth said. "We wouldn't have been able to treat Wally as easily and as calmly without insurance."

Between Wally’s bedding removal and knee surgeries and the physical therapy to follow, Elizabeth and Andrew paid around $7,500 in vet fees. Luckily, Fetch was there to pay them back around $6,000 of those bills.

"I don't really know anybody that would be in a position to just drop close to $10,000 in the span of 2 weeks on their dog and not have hesitations, qualms, or a pit in their stomach about how they're going to pay it off," Elizabeth said. "You know they love their dog, and they would do it in the moment, but just having that fear."

Post-surgery, Wally is focusing on having fun. Whether it's hiking mountain trails or taking long boat rides (he even has a life jacket), Wally is, once again, ready for any adventure. ‍