Fetch by The Dodo Veterinary Advisory Board Member

Dr. Kwane Stewart (also known as “The Street Vet”) has been a practicing veterinarian in California for more than 25 years and has worked in numerous areas of the practice, from everyday and critical care medicine to animal welfare advocacy. After graduating from Colorado State University’s esteemed veterinary program, Dr. Kwane started his career as an associate and emergency veterinarian in San Diego and Pasadena. Then, he joined Vetco Hospitals, Inc. as the chief medical officer overseeing six full-service hospitals and 40 vaccination clinics. As the county veterinarian and public health officer of Stanislaus Animal Services Agency, Dr. Kwane helped reverse one of the worst euthanasia rates in the country. At the same time, he also developed the state’s first low-cost spay and neuter clinics and constructed the first state-of-the-art shelter in the country. Dr. Kwane was appointed chief medical officer and national director of No Animals Were Harmed® (NAWH), American Humane, from 2013 to 2019. There he had development and program oversight over Rescue, NAWH, Military and Hero Dog Awards, certifying thousands of entertainment productions and advising and setting standards for the welfare of over 100,000 animals per year. Additionally, he led the American Humane’s Conservation program, including the first global audit program. Dr. Kwane led partnership programs with companies including United Airlines, Disney and SeaWorld, establishing improved safety and animal welfare standards for all animals. Formerly, Dr. Kwane was the chief medical officer at Papaya Pet Care in San Diego. He was also named Netflix’s head veterinarian overseeing the best animal care practices worldwide. Dr. Kwane recently joined Fetch by The Dodo’s Veterinary Advisory Board, where he shares his expert advice on all aspects of pet health.

Recent articles by this author Is your vet Fear Free certified? Here’s why it’s important A day in the life of an emergency room veterinarian How to build a strong bond with your pet 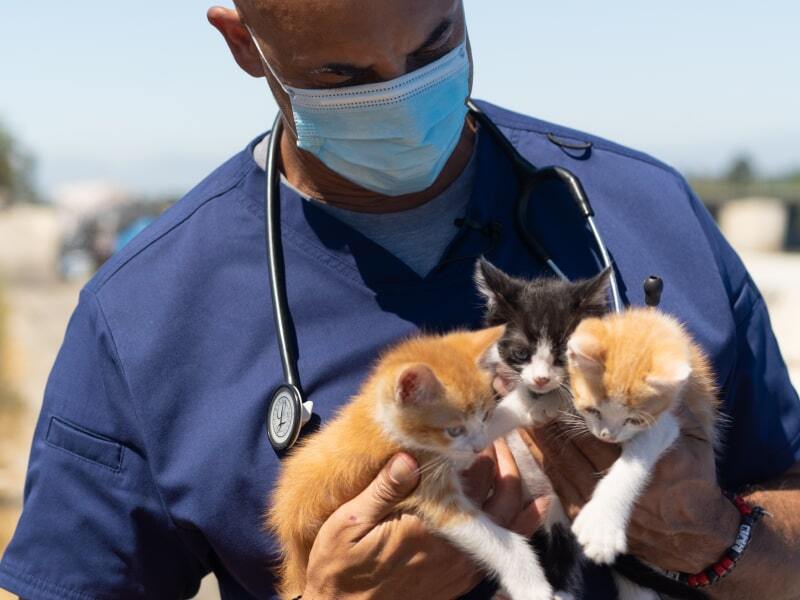 What they don’t tell you about becoming a veterinarian