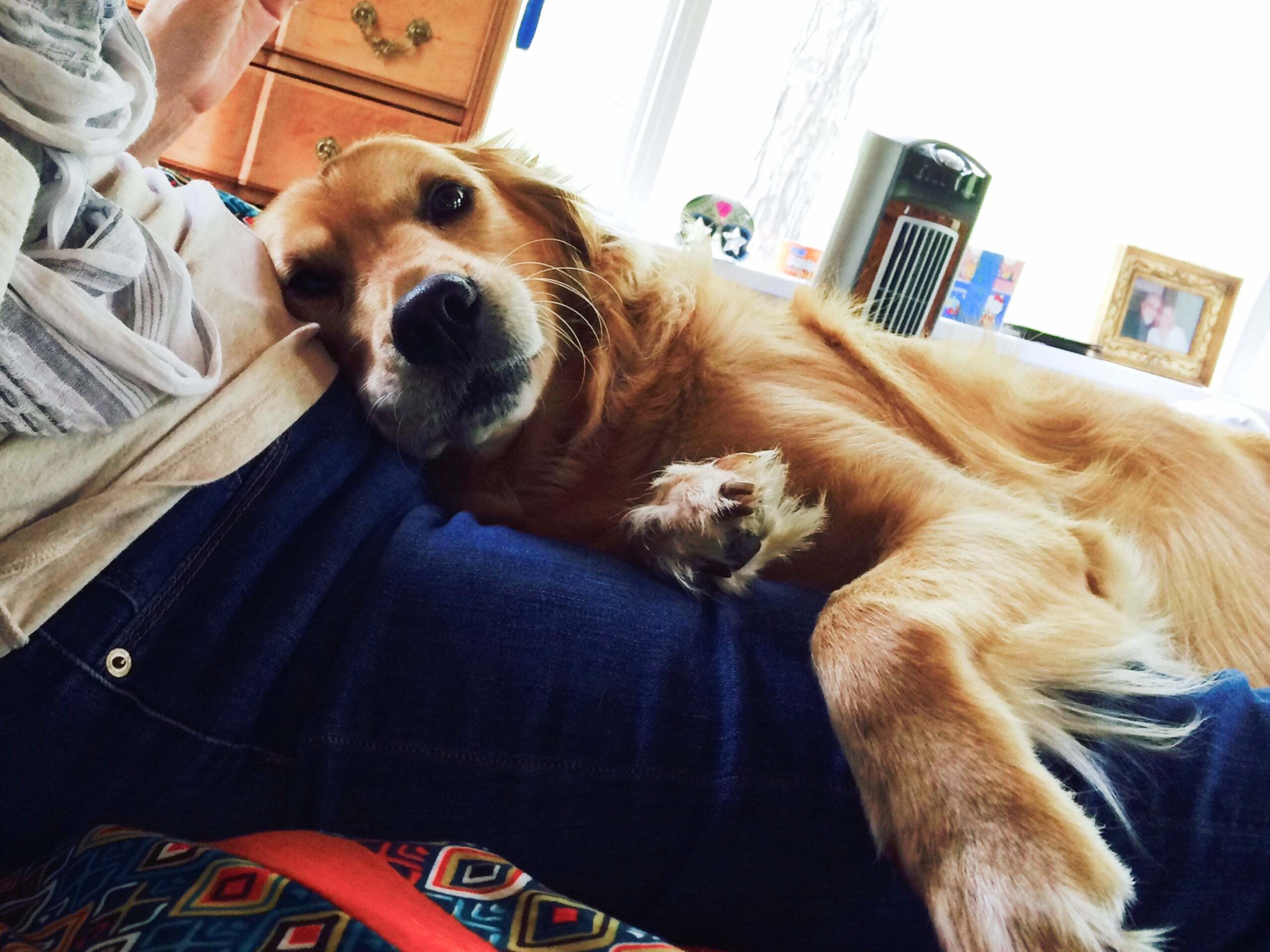 Her name used to be Hula-Hoop!

When Koko, a golden retriever, arrived in the U.S. from Istanbul, Turkey, she was around 3 years old and had never been inside a home. But despite her upbringing, she still had a bright spirit. At the time, she was called Hula-Hoop because you could usually find her spinning around in a circle (a habit she still performs today).

Diane Saarinen, who lives in Georgia, found Koko through Adopt A Golden Atlanta. Diane matched with Koko, and the pup flew over (using a puppy passport) with 37 other rescue golden retrievers to meet her new parent. Immediately, Diane was excited to see how Koko would take to living in a house.

Koko quickly adjusted to her new environment, and now at 10 years old, she’s become a bit of a neighborhood celebrity. The pup's famous morning walks include: visiting the neighborhood dogs and their families, scoring a couple of treats from those families and barking at deer. Once inside, she’ll eat her breakfast and then decide that she wants her stick, so she’ll run around her fenced-in backyard in search of it (and usually wind up barking at more deer). “She’s really just become a dog that loves living in the woods,” Diane says.

The pup has a nighttime routine, too. Whenever it’s time for bed, Koko goes upstairs and makes herself comfortable by resting her head on a pillow. “I think she’s so happy that she’s in a home and has parents. Koko has people who love her and are watching out for her and doing the right thing for her all the time,” Diane shares.

‍RELATED: Greyson, the pitbull who runs a doggy daycare

And the love Koko’s family has for her expands beyond just emotions. After a neighborhood pup was diagnosed with cancer, Diane started to think about Koko’s future health.

“Koko is part of the family, so choosing pet insurance was a no-brainer,” Diane said. “We wanted to make sure she had care, especially in the case of an accident or injury.”

Diane signed Koko up for Fetch by The Dodo pet insurance but luckily didn’t have to use it for the first 2 years. It wasn’t until a routine checkup that the family discovered that pet insurance might come in handy.

Unfortunately, the cancer came back. Koko has now been through four chemotherapy treatments and even tried acupuncture. Luckily, all of these procedures were covered by pet insurance so that Diane could focus on Koko’s health.

“Fetch has paid for more of her procedures than we have,” Diane says. “By having pet insurance, you really are able to give your dog the best shot at living as long as possible.”

And because Fetch has Koko’s back, her family can continue getting the pup the best care possible. “I’m not wanting to stop treatment with her,” Diane says. “And as long as we can treat it, that’s what I want to do.”

Koko’s family has been there for her between chemotherapy and vet appointments, just as Koko was for them through hard times. Diane thinks back to a stressful time when her husband was in the ICU for a serious illness and how all he wanted to do was look at photos of Koko on his iPad.

“I always thought he got better because he looked at pictures of Koko,” Diane says.

Although Koko isn’t cancer-free yet, her family will continue to get her the care she needs — because they love their dog.

“She’s part of the unit, she gives that love, and I couldn’t imagine things without her,” Diane says. “But mostly, she just has a good heart, and she’s just passing on her good vibes.”