Meet Luca, the dog whose anxiety started to impact their health

Meet Luca, the dog whose anxiety started to impact their health

This pup isn’t afraid of letting her moms know when they’re being too loud, though.

Moving to a new place, with more space and always with new beginnings, is sometimes the best reason to welcome a dog into your life. At least, that was the case for Lauren and Allie Stamm.

The couple lived in Manhattan’s busy East Village neighborhood and had always wanted a dog but accepted that it might not be the best place to raise a puppy. However, in January 2021, when the pair moved into an apartment with more space in Greenpoint, Brooklyn, they thought, “This is our moment.”

Lauren wanted a small pup, while Allie had her heart set on a big dog. In the spirit of compromise, the pair landed on a Bernedoodle because they thought the breed was a perfect middle ground (and they’d heard that the breed was loyal and intelligent).

Within 24 hours, Lauren and Allie were on their way to Pennsylvania to pick up their forever friend. “I held her first. She was just a little dog and so cute, and I cried,” Allie said.

Their new pup’s name was Luca, which Lauren suggested because it means “bringer of light.” And that’s what she did for her parents from day one. “I think bringing Luca into our family has helped us in a lot of different ways. Aside from the fact that I'm just obsessed with her,” Allie admitted.

As soon as they got back to their apartment, Lauren and Allie watched Luca explore and get settled. That’s not to say it wasn’t a lot of work at first — the pair remember feeling as though raising a puppy was comparable to checking on a small child every couple of hours.

And Lauren and Allie began to learn more about Luca’s personality quirks. The pup is super friendly and loves other people and animals, but she can be a bit sassy sometimes. For example, Luca's not afraid to let her parents know if she wants to sleep on the bed (initially, they had banned this, but within a week, she was their third bedmate). Luca will grumble if she’s trying to sleep and her parents are talking too loud.

“I swear, she gives us dirty looks if we're talking too loud,” Allie explained. “So I was like, ‘Oh, she's got a little attitude.’ But I kind of like it.”

One of the main things they learned about Luca was not to mess with her sleep. That includes not talking too loud or waking her until she’s ready to go outside. However, once they can get her up and about, Luca flourishes. Her parents say her dream day would involve a bike ride or dog park and meeting new friends.

“She loves other dogs, and she loves people. Like she kind of goes up to everyone,” Lauren said. “She thinks she's their best friend, and she doesn't understand why some people or dogs don't want to talk to her.”

And even though Luca loves the outdoors, she convinced her parents to appreciate stay-at-home days, too. “We were going out all the time, kind of doing whatever we want,” Allie explained. “There's something nice about having this thing to be responsible for. Luca kind of helped us get into this routine of making better choices or habits because it's not just us anymore. So it's important that we're there for her. And if anything, it's maybe made us a little bit more of homebodies, but I also kind of like that.”

RELATED: Meet Baxter, the pup who struggled to run for an unknown reason

Being responsible for Luca extended far beyond being physically present in her life. From the very beginning, the pup needed to visit the vet’s office several times — for ear infections, allergies and even to remove a mysterious bump on her nose.

And then a more severe health issue arose. Since Luca was a puppy and to around the time she was 9 months old, Lauren and Allie noticed that she was sensitive to things. For example, ceiling fan would cause concern, anything with wheels freaked the pup out and overhead drones made Luca uncomfortable. The pair thought these reactions were standard for a puppy, but they realized her behavior wasn’t normal as she grew older.

A visit to the vet’s office revealed that enzymes in her liver were high. It’s normal for these enzymes to increase as dogs grow up, but Luca’s levels were exceptionally high. “They were concerned about her liver function, and so we had to run all these tests, she had ultrasounds and they were checking all of her internal organs,” Lauren recalled. “And after tons of bloodwork, they realized her stress cortisol level is high because she has anxiety and her anxiety got a lot worse as she got older.”

But the pair never experienced financial-related worries when considering how to treat Luca’s anxiety because they signed her up for Fetch by The Dodo pet insurance when they first brought her home.

“I'm so glad that we did because some of her issues started really, really young,” Allie said. “We wanted to make sure that she was covered for those things. It's easy to say that I would sell everything I own to ensure that Luca’s OK. But it's really nice that I won't ever have to because it has really, really saved us a lot of money. It's nice not to have to worry about that during a time when Luca’s health concerns were really stressful for us, and it was a hard time.”

Up to 90% of Luca’s vet expenses have been covered by Fetch pet insurance, which has saved the pair thousands of dollars. “Now she's getting a monthly allergy shot and daily anxiety medicine and all these other things that have come up,” Allie said. “So it's been so helpful not to have to worry about the financial aspect of it.”

The couple had to do some “detective work” to determine the cause of Luca’s health issues. But now, the daily anti-anxiety medication has caused her enzyme levels to lower and given her a new sense of happiness. And Lauren and Allie didn’t have to worry about the financial burden of finding a solution.

“Part of me is like, ‘God, I wish that our insurance was as good as Luca’s Fetch insurance,” Lauren said. Allie even half-jokingly asked, “Can we get Fetch?”

Photo by Allie and Lauren Stamm 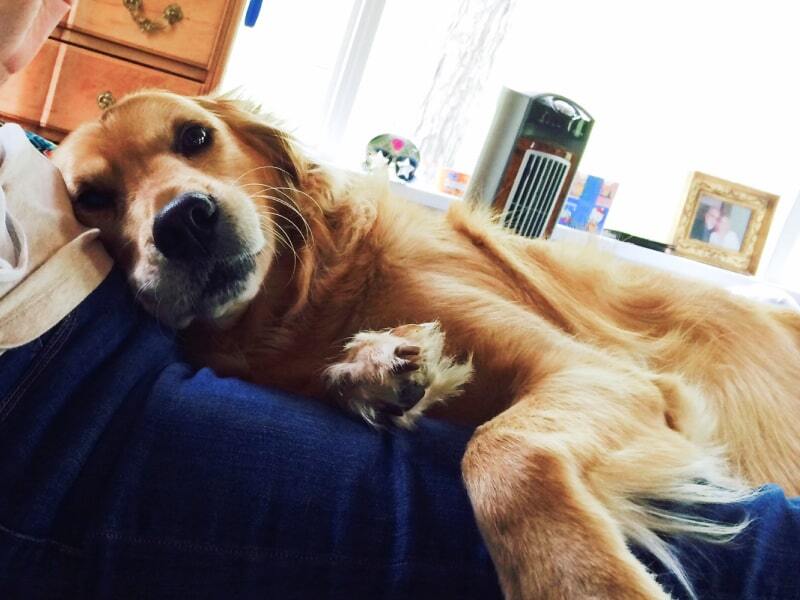 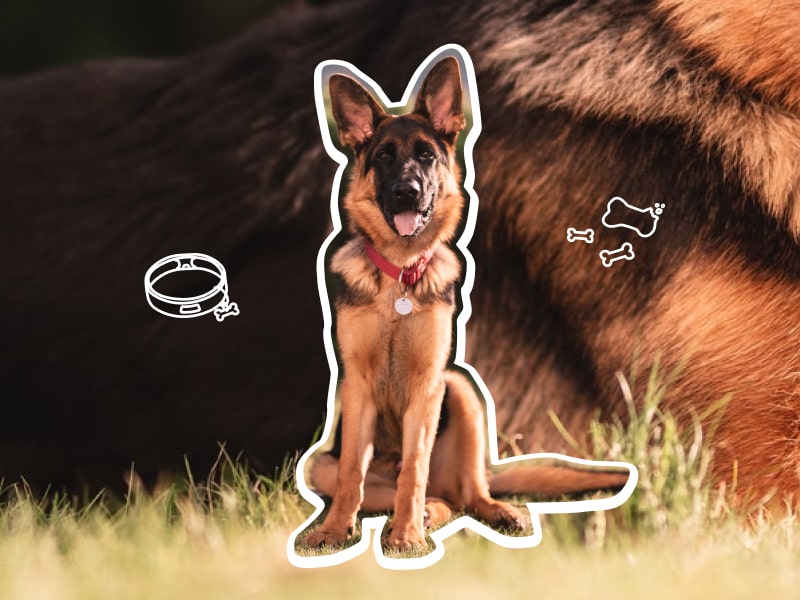