My dog ate a spotted lantern fly. Should I be concerned?

My dog ate a spotted lantern fly. Should I be concerned?

Here’s how to spot a spotted lantern fly, too.

A spotted lantern fly might not be the most obvious health concern for dogs, but because of the species’ recent prevalence, they’re definitely something to be aware of.

This invasive insect species was recently brought from Asia to the U.S., and since they don’t have a natural predator here (and because they can lay eggs on pretty much any surface), their numbers have been able to significantly increase, Dr. Emily Singler, Fetch by The Dodo’s on-staff veterinarian explains.

Take Franklin, a French Bulldog, for example. One evening, he and his parents were in the dog park, and his dad, James McKinnon, noticed spotted lantern flies everywhere. Before they could move Franklin away from the insects, he managed to eat two.

“About an hour later, we noticed that Franklin was shaking a lot, almost like he had the shivers, then he started drooling, his mouth was foaming and he kept smacking his mouth,” James said. “Then he threw up, in all, I think, about three to four times. We kept giving Franklin ice cubes to make sure he stayed hydrated and gave him his dinner, but he couldn’t keep it down. From the time he started shivering until he stopped throwing up and seemed to calm down, it was about 2 hours.”

Luckily, Franklin’s health is back to normal (and he is avoiding spotted lantern flies at all costs), but unfortunately, there’s no clear understanding of how toxic these bugs are to dogs.

Currently, there’s no confirmed conclusion on if these insects are unsafe for dogs to consume. “It’s not known definitively that they are a health risk for dogs,” Dr. Singler explains. “There have been reports that lantern flies are toxic to dogs and cause seizures or blisters, but reputable sources, such as the Penn State University Extension Service, indicate that there’s no proof that this is true. No known toxins have been found in lantern flies.”

But eating an insect — regardless of if they’re toxic or not — isn’t the best form of a dog treat. So knowing what these insects look like can help you keep your pup safe. “An adult spotted lantern fly is about 1-inch long, has yellow and black on its body, sort of like a bee does, and has two sets of wings. The top set is gray with black spots, and the bottom set is bright red,” Dr. Singler adds.

How can pet parents tell if their dog ate a spotted lantern fly?

Spotted lantern flies don’t bite or sting pets (or humans), so if your dog has a negative reaction to one, it’s likely because they swallowed the insect. “It’s not known what the risk is if a dog eats one, other than it possibly irritating the stomach and causing vomiting,” Dr. Singler shares. “There’s also a small risk of exposure to pesticides if the area has been treated with pesticides to kill them.”

“If a dog eats a lantern fly, a pet parent should call their vet for advice,” Dr. Singler recommends. “Apart from this, they should monitor their pet closely for any signs they’re not feeling well, and consider reaching out to their local Department of Agriculture to report the presence of lantern flies.”

Treatment for ingesting a spotted lantern fly depends on if your veterinarian thinks it’s necessary and your pup’s symptoms and severity.

Since spotted lantern flies feed off of plants, including trees, agricultural crops and backyard plants, you can likely spot them in your backyard or anywhere where there’s a lot of greenery. However, Dr. Singler says these insects have been known to swarm some beaches.

And to protect your pup, it’s best to keep them out of harm’s way. “The best prevention is to keep dogs away from lantern flies, both dead and alive, if you notice them in the environment,” Dr. Singler says.

Photo by Dan Smedley on Unsplash 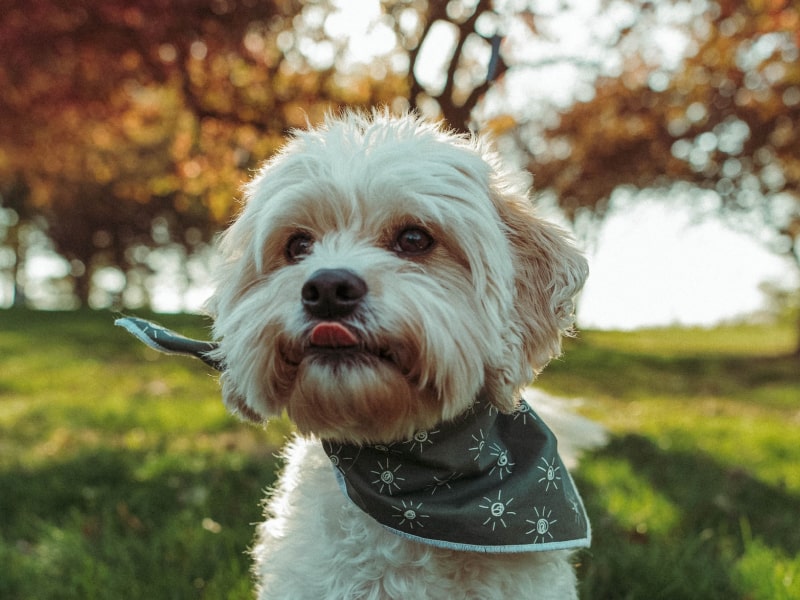 This is why dogs eat poop and how to stop them 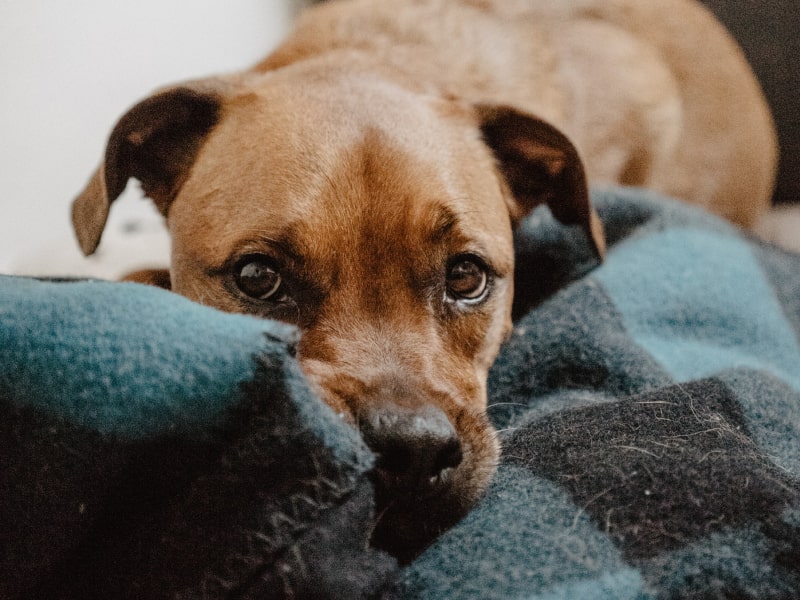