Can you guess where Boston Terriers are originally from?

Whether your dog is a purebred Boston Terrier or a Boston Terrier mix, learning about the breed can explain a lot about your pet’s personality, habits and overall health. Or maybe you're looking to adopt a Boston Terrier and want to do a bit of research first — we can help with that.

It’s fair to assume, especially if you’re a Boston Terrier parent or a superfan of the breed, that these pups are initially from Boston. However, you might be surprised to learn that that’s false. This fun fact is just one of many that our on-staff veterinarian shares about the Boston Terrier breed.

Contrary to their name, Boston Terriers’ lineage actually first traces back to England. The breed used to be known as the American Bull Terrier, though we now know that name to be associated with the pitbull breed today.

“This breed got its start in England as a cross between a Bulldog and an English Terrier,” Dr. Elizabeth Devitt, DVM, Fetch by The Dodo's on-staff veterinarian, says. “According to breed historians, the original stud dog, named Judge, found a home and a devoted fanbase in Boston. The Boston Terrier has been the official mascot of Boston University for 100 years and the official dog of Massachusetts since 1979.”

These pups can be a variety of different colors, usually paired with white that stretches down the middle of their face, over the chest, and sometimes down to the front paws.

As the saying goes, the best things in life come in small packages. The same is true of the Boston Terrier personality. “They may be small, but they pack a lot of personality and exuberance into their sturdy little bodies,” Dr. Devitt shares. “Boston Terriers always seem to have a spring to their step and are friendly — with a glint of mischief in their eyes — but can also be protective.”

And that spring in Boston Terriers’ step should be tended to. These dogs love to exercise (although they don’t need to be walked for miles a day), so it’s important to schedule some time for daily physical activities, Dr. Devitt says.

Like Bulldog breeds, the Boston Terrier is a brachycephalic breed, meaning they’re flat-faced. “This build can cause breathing issues, which include ‘stenotic nares’ or small nostril openings, an elongated soft palate and a narrowed windpipe (collapsing trachea),” Dr. Devitt says. These health concerns might require surgery to correct.

Other health concerns common for the breed are eye issues. “The prominent eyes of the Boston Terrier seem to be prone to a number of ophthalmic issues as well, including ‘cherry eye’ (protruding tear gland), dry eye, glaucoma and corneal ulcers. Hereditary eye concerns include both juvenile and late-onset cataracts,” Dr. Devitt explains.

“Sometimes, the short tail nub is twirled like a corkscrew because the vertebrae are malformed,” Dr. Devitt adds. “If this happens further up the spine, the abnormal vertebrae can cause nerve dysfunction. Many small breed dogs are also prone to dental and mitral valve heart disease, and Boston Terriers are among this group.”

As with any new pet, when bringing a Boston Terrier into a home with small children or other animals, it’s important to introduce them slowly and carefully. You should also ensure your new pup has their own space to feel safe. If you plan on crate training your dog, feel free to include toys and soft blankets to make them more comfortable.

Are you interested in adopting a Boston Terrier, Boston Terrier mix, or any pet at all? Check out our shelter partners to find your new best friend.

Photo by B J on Unsplash 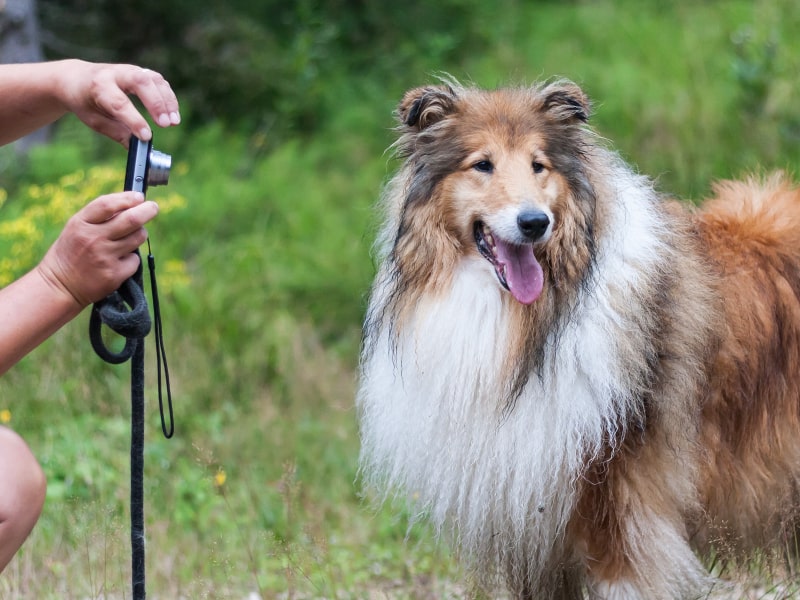